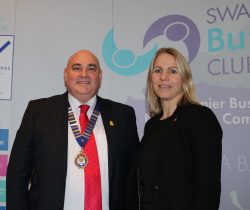 Swansea Bay Business Club has launched its 2019 networking season at the Marriott Hotel in Swansea with guest speaker and CEO of Sport Wales, Sarah Powell.

Sarah joined over 120 members and their guests on Friday 1stFebruary to kick off what will be a special year for the business club as it celebrates 70 years since the club was formed, back in 1949. Sarah spoke to guests at length about her career path to becoming the first female CEO of Sport Wales and about what her role now entails as well as the impact Sport Wales is having throughout the country.

President of Swansea Bay Business Club, Paul Gardner, commented: “It was fantastic to welcome so many faces, new and old, to the Marriott for our season launch and a real treat to have someone of Sarah’s calibre join us to talk about all of the hard work being put in by Sport Wales.

“Hearing first-hand how the organisation is striving to increase participation rates and promote an active lifestyle in Wales, as well as hearing personal stories of Sarah’s background and how different role models had helped to inspire her to all of her achievements in life made for a fascinating afternoon.”

The lunch was the first in the 2019 season of networking events, all of which will be a part of the yearlong celebration of the clubs 70thbirthday. Their next event will a celebration event on St David’s Day in Parc y Scarlets where they will host not just one but two guest speakers.

Paul continued: “We can now look forward with excitement to our annual St David’s Day lunch where we’ll be joined by ex-Welsh rugby head coach, Gareth Jenkins and Sean Taylor, the co-founder of the popular Welsh tourist attraction, Zip World.

“In this case we definitely think two heads are better than one and we feel we’ve got a great balance lined up with an iconic sporting figure in Gareth and a major success story from the Welsh business world in Sean.

“It will also be great to welcome Kev Johns MBE, who will be playing the role of master of ceremonies on the afternoon.”

The St David’s Day event will also be used as a joint fundraising opportunity for the Duke of Edinburgh Award Scheme and the RNLI with an auction and raffle taking place.

There will also be an opportunity at the lunch to support business club board member, Andrew Downie, who’s running this year’s London Marathon in aid of the RNLI. Donations can also be made via https://www.justgiving.com/fundraising/andrew-downie-netbop-4rnli

Tickets for the St David’s Day lunch with Gareth Jenkins and Sean Taylor are priced at £40 for members and £49.50 for non-members, this will include a three-course lunch.

For more information and to book tickets visit https://www.swanseabaybusinessclub.com/events/celebration-event-st-davids-day-lunch/ 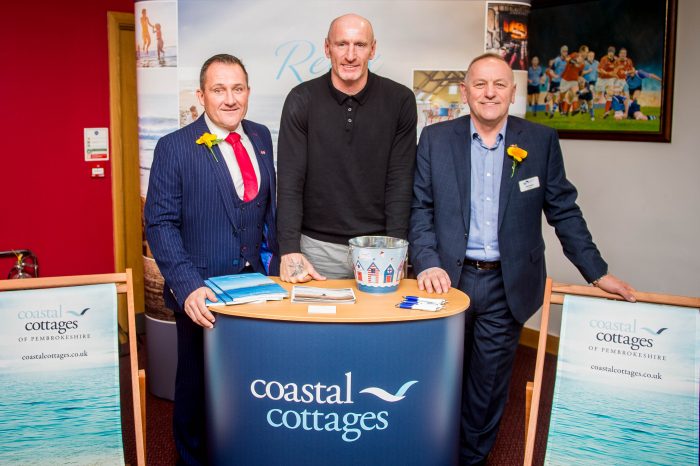